A quick catch-up with Andrew Davie — Aquascot's new Aquaculture Innovation Lead — to discuss his career to date, his new role and what excites him about working here.

“There are few companies that can say they have such opportunity and influence and to be part of that is genuinely exciting.”

Welcome, Andrew! What were you doing before you joined Aquascot?

I was a career academic. I went to Stirling University in 1995 for my Undergraduate and the degree then was ‘Aquaculture’. You’ll see that it is a bit of a theme! I went off to Singapore for 3 months to do a project on batfish and I thought ‘oh that’s great, I want to do more of that’, so that finished in 1999, and I went straight in to do a Masters Degree in Aquaculture at Stirling.

At the end of that, I got to do a project in Machrihanish, Argyll with halibut, which is nowhere near as glamorous, but that showed me the reality of the Scottish aquaculture sector. At the end of that, I started my PhD in the Institute of Aquaculture at Stirling. In fact, that was the first time I met Aquascot! That project was looking at the environmental regulation of reproductive physiology in farmed cod. And at that time, Aquascot, along with a few other companies, were interested in new species development. They had a small amount of farmed cod, which we were actually taking care of, in our facilities at Machrihanish. And they formed the basis of one of the chapters of my PhD. There’s a random connection to Aquascot! That trial ran from 2000 with those fish being harvested in 2001-2002, and the PhD finished in 2004.

When I finished my PhD, cod farming was still a thing, so I then started a Post-Doc, where I was looking at developing and commercialising technologies to inhibit maturation in cod farming out on the cages — that took me out to Shetland, Norway, Iceland, various places. The cod farming industry unfortunately collapsed in 2007-2008 as part of the global credit crunch, but my research evolved into improving our understanding of environmental perception in fish species, their 'body clocks' and how we can use lighting system to control physiology in aquaculture.

Then the focus shifted back to doing more domestication of new species work. I was working with sole, turbot, halibut, we looked at hake, there was a wide range of different species we dabbled with. But then the cleaner fish story really kicked in, and for the past 10 years I was leading research on the domestication of ballan wrasse and lumpfish, these are the fish we produce to control sea lice in salmon farms as a biological control.

I spent a good 10 years on that – and there was plenty to keep on going with, but then the opportunity with Aquascot came up, and it looked like a good time for a career change. I felt it was time to stop procrastinating, time to stop talking about how the industry could do things differently and get stuck in to working within the industry. And that’s where I find myself now!

This is a new role – what do you think you’re expected to bring to the table at Aquascot?

I guess bringing that broad spectrum perspective of research experience, working with various species, working with various laboratory techniques. I was a bit of a science magpie — we’d do molecular biology one day, and then I would do physiological research the next, NextGen sequencing the day after that. An umbrella term for my research would be ‘Aquaculture biotechnology’, so you would look at another production sector or even human medicine or elite sports physiology science and see how they are using technology/science to address their challenges, and then look for parallels in the aquaculture sector, and bring the technology/innovation across to improve the way we farm or care for our fish.

What I can bring to the current role is this perspective of looking out to other production sectors, understanding what they’re doing, understanding where our production sector is going and look to champion the great and the good and try to encourage development of things that really matter to us: how can we improve the sustainability of the farmed salmon; what are we doing about reducing mortality; what are we doing about reducing carbon footprint; how can we increase production efficiencies. All these sort of stories.

Really the focus is now on taking the Waitrose values along with their latest Agricultural Strategy and setting a direction of travel of development and of improvement with our farming partners. I want to help them realise that the work they have done, we are doing and we could do — in terms of improving fish feeding efficiencies, for example — matters because it aligns to these values which we hold dear. Ultimately the aim is to ensure the fish we source are the best that they can be, in terms of ethics and sustainability in the manner in which they are farmed. 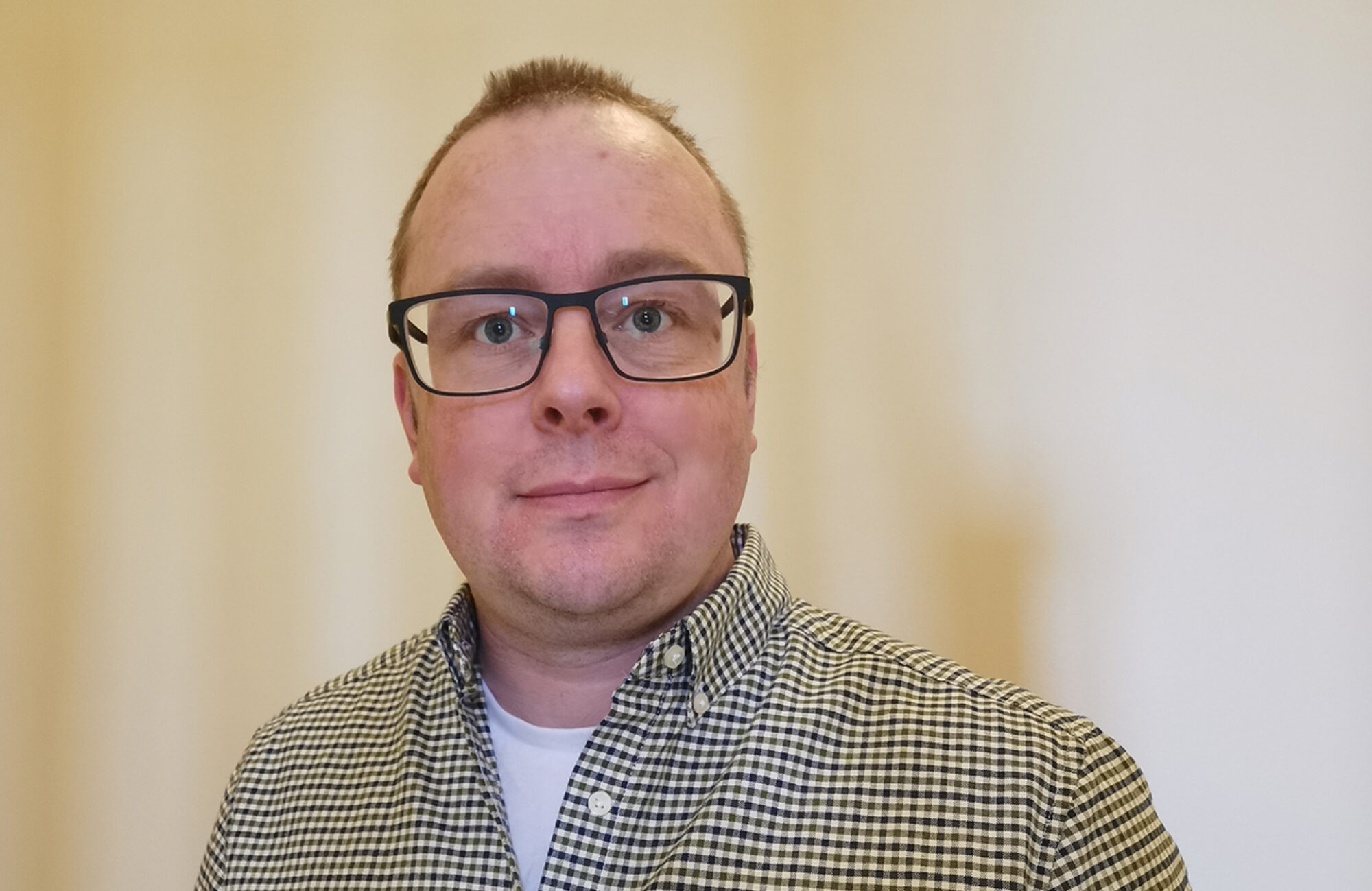 So far, what is your favourite thing about working at Aquascot?

What’s really excited me I guess is the relationship you’ve got with farming partners. It’s clear already just through the REP process, through the KPI calls, through the requests we put out for meets and greets, and visits etc, that they all hold Aquascot in high esteem. It clearly is a relationship of respect and trust, and that to me is really quite exciting — I don’t have to carve out new relationships.

So it means that my role as Aquaculture Innovation Lead is made easier as doors are open to explore initiatives that could have quite significant and wide-ranging impacts on the sector. That’s not my work, that’s Aquascot as a whole’s work to date — it's the Aquaculture team, but more broadly it's thanks to all the teams that have been interacting with the farming partners across the business. So, obviously you’ve put in a great deal of work that is going to make my role so much more fun – because our farming partners understand our values and they’re already on board with working with us.

There are few companies that can say they have such opportunity and influence and to be part of that is genuinely exciting and a real driver for why I left the academic world. 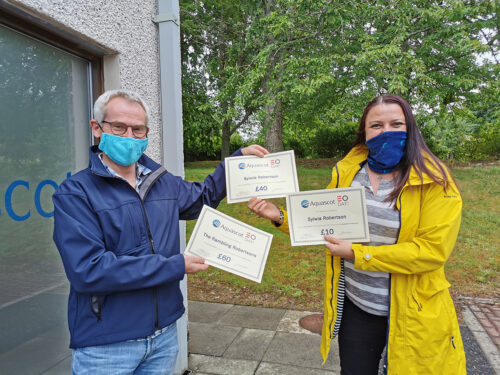 Aquascot partners seized the opportunity to express their creativity (... 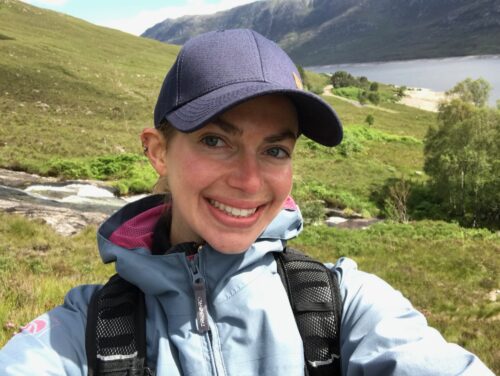 We caught up with Justine, who joined us in September 2019 in the comp... 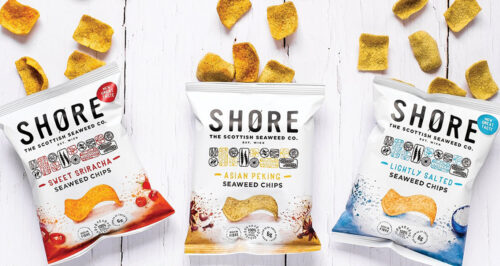 Aquascot's sister company SHORE have secured a number of distribution ... 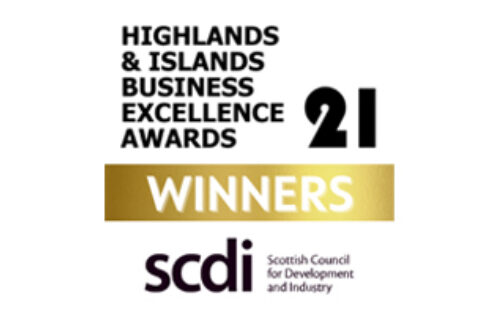 With nominations in two categories, our SCDI Gold Award for Excellence...