We spoke to our Head of Procurement about his role, his involvement with the new Environmental & Sustainability Group and making strides forward amidst the challenges of 2020/2021.

"Having an Environmental & Sustainability strategy is not going to be a 'nice-to-have', it’s going to be fundamental."

What does your role at Aquascot involve?

My role as Head of Procurement involves the purchasing of all materials — or the vast majority of materials — that come into the business. So, everything from fish, to packaging, to ingredients, to stationery, to PPE; it all comes under mine and my team’s remit. Also, supplier management — mainly of our fish suppliers but also our packaging and ingredient suppliers so there is a lot of supplier and relationship management on that side of things.

Also, within my team, we are responsible for the planning of the raw materials coming in as well, so that’s the planning of all the materials coming into Aquascot to meet our orders for our customers; again, everything from fish, to having enough packaging and ingredients to put out the door, to having enough cardboard boxes and labels, etc. But also we are responsible for buying fish for other Waitrose suppliers — a concept we call ‘The Hub’.

We manage all the negotiating of contracts, all the planning of the fish coming in, and making sure it’s all to Waitrose approved standards; we do that contracting on an annual basis and we manage all that material coming in on a daily, weekly and monthly basis on behalf of other Waitrose suppliers. The team also has responsibility for making sure that all intake and storage of materials is managed as well.

You’re part of the new Environmental & Sustainability Group at Aquascot. How did it come about and what’s the vision for it in the months and years to come?

Who knows! I guess it came about just really as a result of a lot of the good stuff that we are doing internally around being more environmentally friendly; or being conscious of the materials that we use or the impact that we’re having on the local environment that we operate within. We’re doing a lot of projects and initiatives. But, there was no real cross-company coordination of those — so we’d be doing stuff in food waste, for our WRAP project, or as a Procurement and Commercial department we would be looking at reducing the amount of plastics that we are using, you know in conjunction with Waitrose, or we would be looking for new materials that are more environmentally friendly... 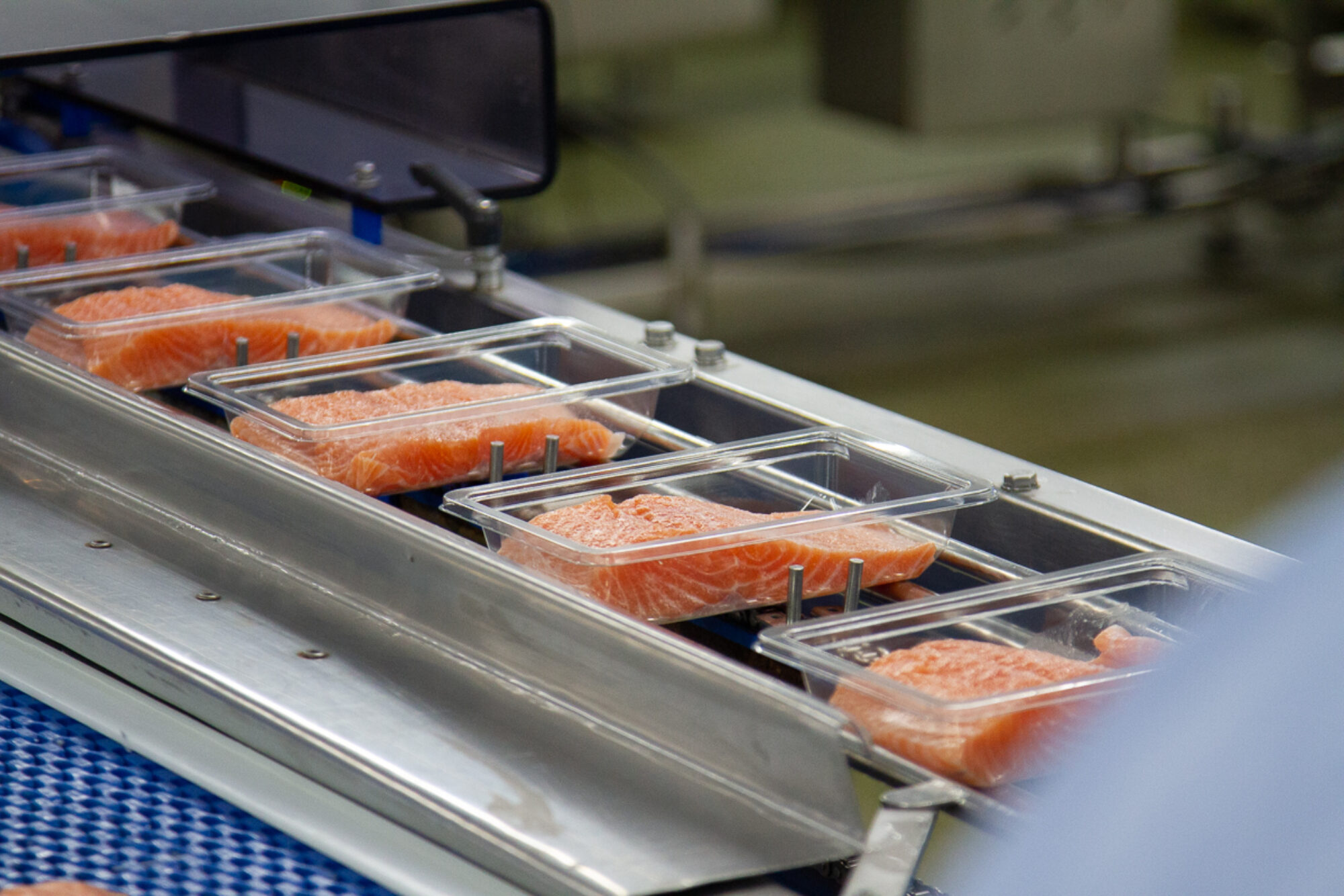 How does it tie in with Waitrose’s own strategy?

It fits in really, really well. Waitrose launched an Agricultural Strategy, at the back end of last year, with a number of different themes and pillars and a lot of the stuff that we’re looking at — no coincidence — it feeds into that Agricultural Strategy. However, we’re clear with our group that it’s about making sure we are fulfilling our requirements as a business.

There will be some natural synergies within the Waitrose strategy: Waitrose have got a number of key themes and workstreams that Aquascot sit on and are part of as well, some of those align with our workstreams but not all of them. So, where there’s a Waitrose workstream that then aligns with one of our Environmental & Sustainability workstreams, the Aquascot person that’s part of the Waitrose group will sit on the relevant Aquascot workstream as well.

The other fine part is that the Waitrose Agricultural Strategy is about us delivering that on their behalf within our supplier base, so our salmon and trout farming partners. So these are huge, huge international companies with Environmental & Sustainability strategies of their own, teams and people looking at this, sometimes global teams looking at this, so if we are able to influence them on Waitrose’s behalf, we’ve got to have our own house in order, as a Waitrose supplier, so we’ve got to be doing what we’re telling them to do as well.

We achieved zero waste to landfill at the end of 2020. Can you tell us more about it?

Loads! There are a number of Waitrose policies saying that we shouldn’t be putting waste to landfill, however, previously we had some exemptions or there were some exemptions in place because of our location — so it’s always something we’ve been interested in doing but never been able to deliver because of our geographic location. If you’re a company down in the Central Belt or North East of England, for example, then there are other options available to you in terms of not putting waste to landfill.

Last year, just before lockdown, we started working with a local waste removal and recycling company, and our ambition was that we weren’t going to move to them unless we could move to zero waste to landfill. So, there was a number of things that we had to do, we had to change internally, but they gave us the opportunity to do that – so two aspects: one was our food waste, we were able to put in place a way of putting our food waste and trade effluent waste to a biogas plant — 'waste to heat'. It meant we had to change a few of our processes and procedures internally to do that, again that was something that Waitrose has pushed us to be doing for ages, so we managed to implement that, I think in the mid-way point last year.

And then the second part was all about our general waste. So, the move is we’ve now gone to incineration for our general waste and then we do elements of recycling on site as well. Where we can recycle, things like all our cardboard, we will, we do that ourselves, also our used polystyrene boxes that we get our fish delivered in, we’ve got a company that uplifts that for us and they recycle that. And there’s stuff that we’ve been doing for a number of years, like our wooden pallets again, we get those uplifted by a local company and they get reused where possible as well. So it’s slightly more expensive because we’re now sending stuff — piggy-backing on what the waste removal company do with others and it’s all going down for waste into incineration so the next phase of our development is going to be to try and reduce the amount of waste we are producing. So, we've started doing more segregation on site; start using less materials or throwing away less material and recycling what we can.

On the food waste side, yes we’re not putting anything to landfill, but we’re working on initiatives that create less food waste in the first instance. We’re on a journey but we’ve made some good steps forward in the last year.

Has COVID-19 affected this progress?

I would say yes. It stalled it initially because we’d just signed a contract and a lot of the things we had to do internally were delayed because of COVID. So, all just silly things like different coloured bins or putting the signage up or even just being able to get people together, because it was quite an educational piece across our two sites. So, it did delay it in the first instance, but once we managed to implement it, it’s not really delayed moving to zero waste to landfill.

What it has done is it has slightly delayed us taking the next step of looking at recycling materials; introducing new technology; or doing more segregation on site just because we don’t have everybody on site and there’s still COVID social distancing restrictions that just make that a little bit more difficult. And, if we’re then going on to the next stage of looking at alternative materials to ensure we're not throwing as much away. COVID’s made that difficult, and because of Brexit, they’re putting up materials pricing for the materials that we’re taking just now, and a lot of these alternative materials or biodegradable materials are more expensive anyway. So, with our current materials going up in price, these alternatives are going up even more, so that’s going to delay things for us once again, making it more cost prohibitive to do that. It’s certainly not the reason that we’re not doing it but it’s another thing to factor in.

Part 2 of our Q&A session with David Chapman is available HERE. 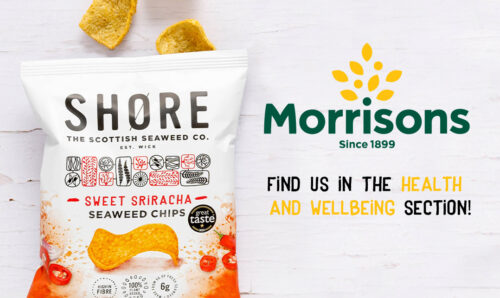 It's been a successful summer so far for Aquascot's sister company SHO... 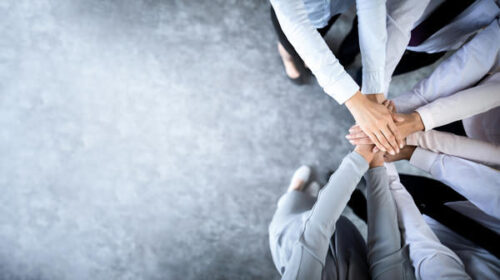 After months of gathering information from departments across Aquascot... 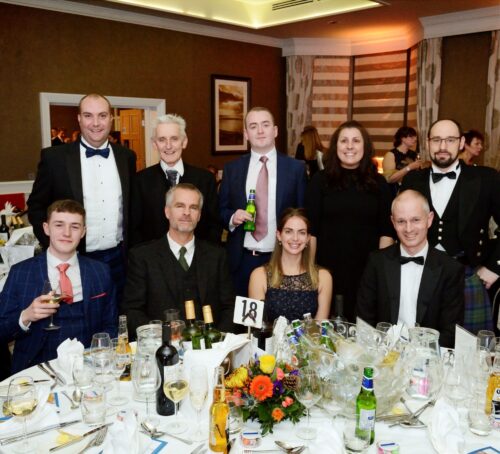 Our end-of-discussion with our Finance Director is a savvy mix of snip... 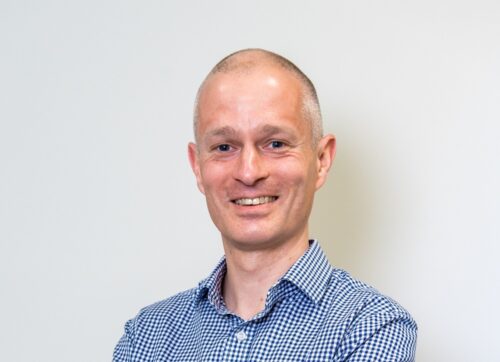 We sat down with our Finance Director for a quick chat about the futur...